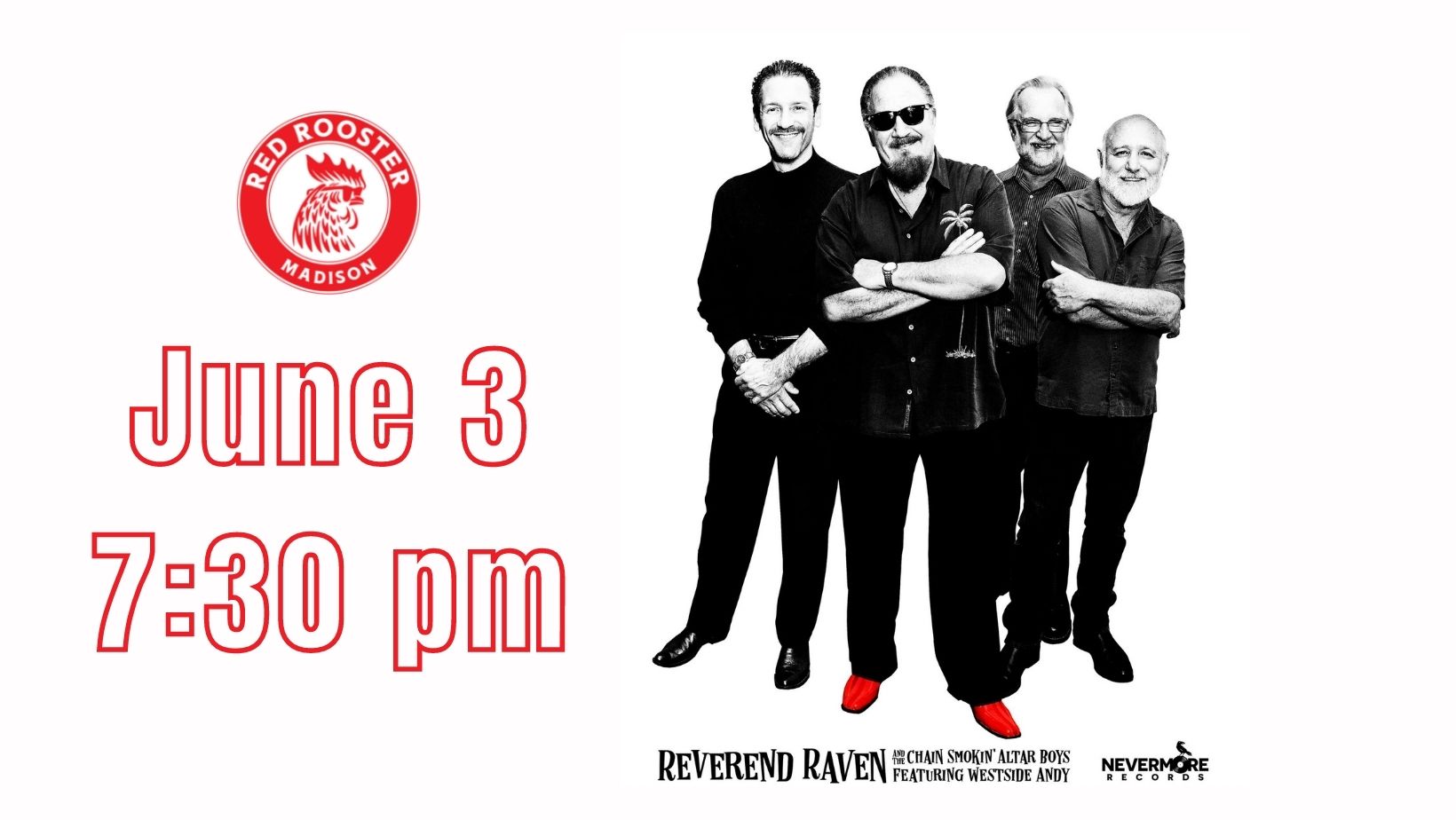 Bringing crowds to their feet at the hardest to please and sophisticated night clubs in the Midwest, Reverend Raven and the Chain Smoking Altar Boys play traditional blues, straight up with a big dose of passion. With smoking grooves, served up with hot harmonica and smooth stinging guitar they play original songs peppered with nods to Slim Harpo, Little Walter, Jimmy Rogers, Billy Boy Arnold, Junior Wells and the three Kings.
Born and raised on south side of Chicago, the Rev has been playing the blues since 1971 when he first saw Freddy King play at the Kinetic Theatre in Chicago. After 15 year hitch in the Navy, Chief Raven moved to Milwaukee where he began a long friendship and collaboration with Madison Slim, long time harmonica player for Jimmy Rogers.

Westside Andy: Born in 1952, Andy caught the music bug young, and picked up his first harmonica at age 11 in Madison, WI, which he still calls home. Listening late at night on KAAY AM Radio in Little Rock, AR, he got turned on early to Muddy Waters, Little Walter, James Cotton, Sonny Boy Williamson, Howlin’ Wolf, and Big Walter Horton, to name a few. And at that time, there were so many great, iconic players to learn from in the nearby Chicago area. Junior Wells, Charlie Musselwhite, Jim Liban, Corky Siegel, Paul Butterfield. Lots of information and inspiration for a young, hungry player.

The Blues is the center, yet Andy plays the harmonica with no genre limitation. His drive to push the envelope has led to many sessions in R&B, Jazz, and Country. He also makes sure to take time to share his love and appreciation for his craft, by playing for and teaching school kids, via “K-12 Blues in the Schools”.

Listening to Andy’s live and recorded work, you get a sense of the many harpists that have inspired him. Blend that with his own unique tone and style, and you know instantly who you’re listening to. It’s that “player’s player”, Westside Andy.