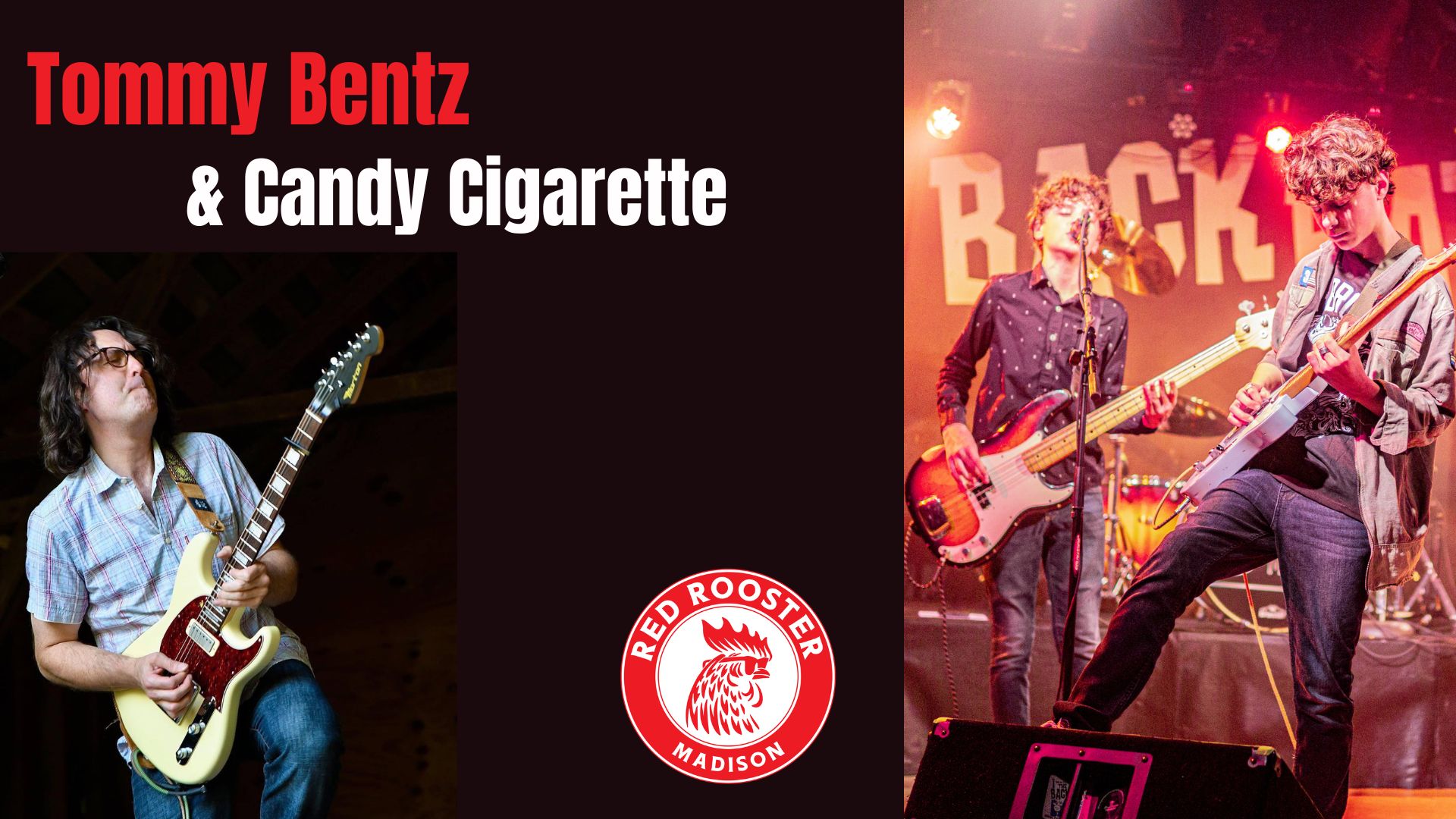 Tommy Bentz:
Singer/songwriter/guitarist Tommy Bentz from the Tommy Bentz Band will be performing a special solo acoustic show at the Red Rooster July 13. The Tommy Bentz Band has been in existence for over 15 years & jams in the style of “Allman Brothers meets Van Morrison”. Tommy will be performing songs from their 6 original albums, live DVD and CD, and unique covers that you may not often hear. Their brand new album “1000 Reasons” was released in May of 2021. Tommy and TBB tours regionally, has toured overseas for over 10 years and competed in the International Blues Challenge (IBC) with artists from around the world in Memphis, TN in January, 2020, representing the State of Wisconsin.
www.tommybentz.com
www.facebook.com/tommybentzband
Candy Cigarette: Candy Cigarette are a dynamic blues rock duo formed in the winter of 2019 by identical twins Isaac and Lucas Deitz from Oconomowoc, WI. In 2020/2021, at age 11, the boys wrote, recorded, and released their self-titled debut EP and have since gone on to play shows at clubs, farmers markets & bars across the State. Now 12, these two are pushing even harder as they continue to write new original music and play on some of the biggest stages yet – including: Summerfest, Blues From The Top, Waukesha County Fair and The Wisconsin State Fair.
RED ROOSTER: redroostermadison.com